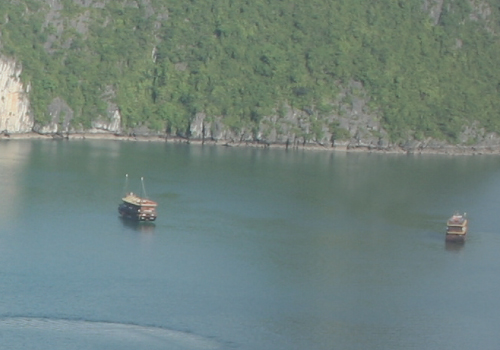 While Vietnam may evoke mixed emotions for Americans of a certain age, this exotic Southeast Asian country has captured the heart of orthodontist Neil Kay.

For the past 18 years, Dr. Kay has visited Vietnam two to three times a year to work with the Dental School faculty of Ho Chi Minh University through Health Volunteers Overseas (HVO), a Washington, DC-based organization that matches U.S. healthcare professionals with healthcare providers in poor countries.

Rather than sponsor medical groups that swoop into a village for a short-term stay to treat patients, HVO takes a long view. The group emphasizes an information transfer, where American healthcare volunteers – most of whom commit to return over several years – train counterparts in more advanced techniques using locally available materials so the local population benefits in the long run.

“(Orthodontics) is a specialty,” says Dr. Kay, noting that the necessary 18-24-month treatment plan doesn’t lend itself to a two-visit fix. “The approach has to be teaching” local professionals and building up the orthodontic profession so the local population can be treated properly, he says.

The enormous progress made since he started has been greatly satisfying, Dr. Kay says. From having no experience with fixed appliances when he began his visits in 1992, Dr. Kay says the Dental School at Ho Chi Minh University now offers a master’s degree in orthodontics.

“It’s nice: I went in at zero and now their program is up and running,” Dr. Kay says, who counts his Vietnamese counterparts as friends as well as eager learners and generous hosts.

A penchant for adventure seems to define the 54-year-old native of Great Britain. He moved to Chicago in 1981 to study orthodontics at the University of Illinois at Chicago College of Dentistry. With his newly minted specialty degree, he set up shop in 1992 in Montgomery, IL, about 50 miles west of Chicago, and later opened a second office in nearby Sandwich.

Now a naturalized American citizen, Dr. Kay says his first few visits to Vietnam were rough. From long flights with multiple connections to concerns over leaving his just-established practice for two weeks at a time, Dr. Kay says he learned a lot. In what turned out to be a boon for his practice, Dr. Kay says analyzing and verbalizing his techniques for his Vietnam colleagues helped him realize he could fine-tune his own practice by eliminating extraneous steps.

Journeys through Vietnam have been eye-opening for the Kay family. Along with his wife Betty, a physical therapist with overseas volunteer work experience as well, and now-grown son Bradley, Dr. Kay has witnessed Vietnam evolve first-hand from a country just emerging from communist seclusion to an up-and-coming nation with high-end golf courses, resorts and $1 million private, seaside villas.

“We’ve seen the change from pedal bikes to motor bikes to cars,” he says, pointing to a growing moneyed class in Vietnam. And despite a 100 percent duty on cars, “there are still lots of BMWs, Mercedes and Toyota Land Cruisers. Obviously they’re selling well.”

That translates into big cars on roads built for pedal bikes. “I’m glad I don’t drive over there,” Dr. Kay jokes, adding that Vietnamese drivers view traffic lights “as a suggestion, not a requirement.”

Rural areas that he and his wife visited more than 15 years ago have seen big changes as well.

“Electrification was one of the big topics (in the nation) when I first started going out,” he says. “Everyone lived in the streets because it was cooler outside.” That made the community very sociable.

But with electricity and the advent of TV and air conditioning, village life has turned inward. “As you walk by, you can see the blue glow from the television through the curtain,” he says. “It’s made for huge changes in the overall community,” he says, with once-vibrant social connections now weakening.

“They would define it as progress,” Dr. Kay says of the material improvements that have raised the overall standard of living. But other results have been pollution and mass migration of young people to cities from rural communities, he says.
Still the country is beautiful and fascinating, he says. A favorite family trip was to Hal ong Bay, about 110 miles northeast of Hanoi. Arranged by university faculty members, the Kays visited the islands at this UNESCO World Heritage Site, explored the area’s famous limestone island mountains, rich forests and caves and grottos. They later bought fresh fish and cooked the catch off the back of their boat.

“It was very easy to adapt culturally,” says Dr. Kay. The Vietnamese are “incredibly accommodating, gracious and helpful.”

While Vietnam is half a world away, Dr. Kay says he is struck by how similar people are at their core. “They tend to have very common aspirations and dreams,” he says. “They want to improve themselves and improve the lives of their children.”

Insisting that he has learned as much as he’s taught, Dr. Kay says his HVO commitment is “my way of giving back to the world” through the profession he loves. “It has been a privilege.”

Ms. Sisk is a freelance contributor to the Chicago Dental Society.