When the coronavirus pandemic forced dental offices in the Chicago area to start shutting down for routine treatments in mid-March, Saema Qadri and a group of fellow Chicago Muslim Dental Society members realized they could help ease the burden on emergency rooms by acting as a sort of clearinghouse for people needing dental care.

In a matter of days the group, which also includes members of the Chicago Dental Society, established a COVID-19 Dental Emergency Hotline to point patients to a group of 12 dentists, mobilized with the help of Saba Khan, clinical assistant professor in the Department of Periodontics at the University of Illinois at Chicago, who could help.

Dr. Qadri, the group’s president, who is also a CDS member and a 2013 graduate of the University of Illinois at Chicago College of Dentistry, is dental director for the Cicero Health Department.

“We talked about it in late March; we wanted to do something to be able to give back somehow,” Dr. Qadri said, “and she (Dr. Kahn) wanted to start a task force with the CMDS.” The Muslim dental group has about 50 members.

After some brainstorming the organizers, including CDS members Umar Haque and Khaja Mohsin, came up with the hotline idea.

“We put together a Google Voice number and got the word out to various groups (about the hotline),” she explained. Notice was spread to local Mosques; hotline members used their social media accounts to raise awareness of the service as well.

“We wanted to share it with everyone; it wasn’t meant to be only for a certain group. It would be for every single person who needed a dentist and needed someone to talk to because so many offices just shut down,” Dr. Qadri said.

The group assembled a referral list of participating dentists willing to see patients on an emergency basis or who were comfortable giving prescriptions over the phone. About 20 members signed up to handle one of two four-hour daily shifts to take hotline calls. The hotline was open 9 a.m. to 5 p.m., seven days a week. Dr. Qadri and CDS member Samia Suleiman acted as the hotline’s administrators.

The start date of March 27 “was actually somewhat of an accident,” Dr. Qadri said. The hotline was supposed to launch the next Monday, but 30 minutes after the phone number was activated someone living in Dallas, who learned about the hotline though social media, called.

Because Texas does not allow teledentistry, Dr. Qadri couldn’t help the caller. But she sent the caller’s information by text to a dentist friend, who had recently moved to Dallas.

To keep track of callers, the group used a live protected online document app to memorialize caller information, which allowed the operator to see to whom the caller first spoke, in case they called back or needed a follow-up.

The volunteer on duty would assess the situation and decide what was needed. If it was a matter of less urgency, for instance a filling falling out with no complication, the volunteer would direct the caller to go to a pharmacy to get a temporary filling kit and see their dentist in a few days. Dr. Qadri said about 70 percent of the calls were of that nature.

She added that callers would also send pictures of the problem tooth to aid the dentist in making an evaluation. There is also a video option with the caller using their cell phone. If the video option was used, the caller was given a link. The session would not be connected to the doctor’s personal phone, which kept the conversation secure.

If the caller was deemed to need emergency dental care, the person would be directed to one of 12 dentists, with offices in Chicago and the suburbs, who had agreed to see patients.

As of mid-May the hotline had received almost 70 calls.

“It’s been a steady rate of a couple people calling every day,” Dr. Qadri said. “The majority of them don’t really have dentists in general, so it wasn’t like it was because all the dentists are closed.”

Dr. Qadri said one experience reinforced the humanitarian aspect of dentistry. A woman called the hotline and described the pain she had in various teeth. But she did not relay enough information to Dr. Qadri to determine what treatment was needed. Finally the woman confessed that she really didn’t have a true dental emergency but lives alone and just needed someone to talk to about her dental health.

Dr. Qadri called the woman back later and learned that she was a diabetic, who was also looking for a physician. Dr. Qadri aided her in finding medical attention.

The group stopped manning the hotline at the end of May. 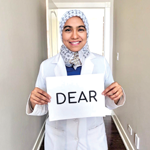 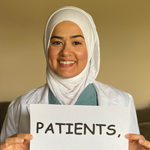 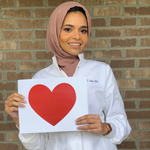 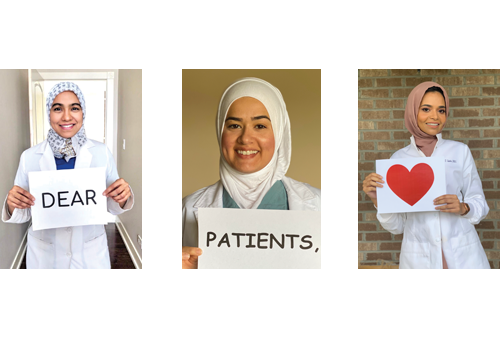