By all accounts Ann Mazzotti is perfectly happy being herself, a successful dentist who likes going to the gym for an aerobics or spin class, or maybe just meeting up with friends for a night out. But sometimes, just for fun, she enjoys pretending she’s someone else.

Dr. Mazzotti is a frequent sight on community theater stages, performing in productions at The Drama Group in Chicago Heights and the Beverly Theatre Guild in Chicago, among others.

“Regional theater in Chicago is very strong,” she said. “People will come for shows from all over.”

Performing in some form of creative outlet has been a part of Dr. Mazzotti’s life for a long time. Growing up in the small, central Illinois town of Taylorville, Dr. Mazzotti was playing classical piano by the age of 5.

And when she was 16, she toured Europe playing jazz piano as part of the American Music Abroad exchange program that took her to Germany, France and Belgium and even included a performance at the renowned Montreux Jazz Festival on the shores of Lake Geneva in Switzerland.

She started out as a music and dance major at Illinois State University in Bloomington-Normal, but soon realized she didn’t want to pursue a performing arts career and switched majors.

“I decided I didn’t want to wait on tables while trying to make it as a performer,” she said.

She graduated with a bachelor’s degree in biology with a minor in chemistry, and then earned her dental degree at the University of Illinois at Chicago College of Dentistry in 1989.

Active for a number of years in pageants, she was crowned Mrs. Illinois International in 1999.

A subsequent divorce left Dr. Mazzotti as a single mother to daughters Kiersten and Kendall Riechman. Dentistry offered her the flexibility to raise her daughters, but there was only time for about one play a year, she said.

In 2006, she played her favorite role, Bombalurina, in Cats.

“As a dancer it was my dream show,” she said of the Andrew Lloyd Webber musical. “I got a great part.”

Two years later she was cast as Sheila Bryant, the sassy, elegant dancer in

A Chorus Line. She also danced in the musical revue Smokey Joe’s Cafe: The Songs of Leiber and Stoller in 2011.

Last year, she performed as Velma Von Tussle in the musical Hairspray (portrayed by Debbie Harry and Michelle Pfeiffer in the two film adaptations).

There are a couple of musicals that so far have eluded her.

“I never did Sweet Charity or Chicago,” she lamented, “those are two musicals that I’d love to be in at some point.”

But lately she has been gravitating toward less physically taxing roles. In 2013/14 she played Caroline Cushing in the drama Frost/Nixon, and played Julia Farnsworth, the murderous wife in the play Heaven Can Wait for the Drama Group’s December production. (Dyan Cannon played the role of Julia in the 1978 film.)

Dr. Mazzotti says she has ambitions of more challenging roles, especially since selling her Homewood-Flossmoor area practice to DecisionOne Dental Partners in late 2014 and having her adult daughters out of the house.

This spring she will audition for the part of Mrs. Robinson in the stage adaptation of the book and movie The Graduate.

Although The Graduate is a comedy, the Mrs. Robinson role – played by Anne Bancroft in the 1967 movie, depicting an alcoholic, spiteful, sharp-tongued seductress – would give Dr. Mazzotti plenty of opportunity to display her acting skills.

Her passion for performing is appreciated by others.

“A lot of patients love to come see me perform, “ Dr. Mazzotti said. “It’s good just being out on the stage letting people know dentists are real people too.” 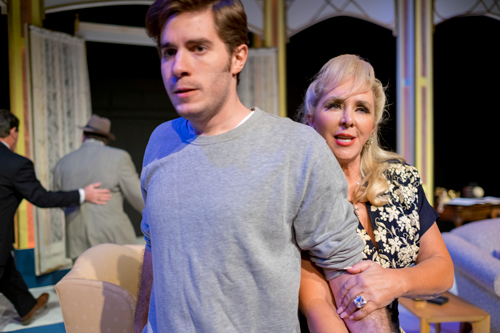 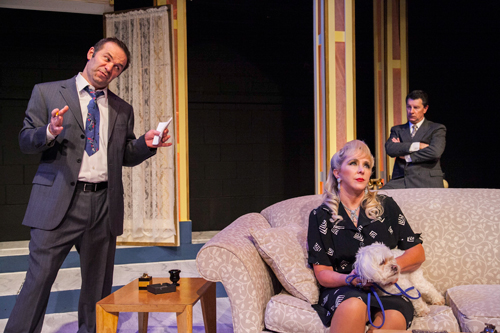