Richard McDaniel saves a piece of our history

After 40 years practicing orthodontics, it’s safe to say that Richard McDaniel amassed a lot of stuff in his office. His collections told the story of his long and lauded career.

His personal library, for example, included several bound volumes of Dental Cosmos, a monthly record of dental science published between 1859 and 1936; at that point it merged with the Journal of the American Dental Association.

“In the 1970s, early in my career practicing orthodontics in Arlington Heights, I began to follow the treatment philosophy of Robert Murray Ricketts,” recalled Dr. McDaniel, describing the late orthodontic leader in bioprogressive philosophy. “In his library, he had collected Dental Cosmos and it was a real eye-opener to me in the way that it was the premier dental journal of its time and served as the official voice of dentistry.”

When the 1965 graduate of the University of Illinois at Chicago College of Dentistry retired from orthodontics and vacated his Springfield office, Dr. McDaniel gifted his collected of Dental Cosmos to the Chicago Dental Society for safe keeping at 401 N. Michigan Ave.

“The Chicago Dental Society greatly appreciates the generosity Dr. McDaniel demonstrated by his donation of bound issues of Dental Cosmos earlier this year,” said executive director Randy Grove. “Those unique publications, dating back to 1859, document the progress of the dental profession over several decades and should not be lost. As custodians of dental history we need to take steps to preserve the past while continually pursuing the future. Dr. McDaniel has assisted the Chicago Dental Society with the preservation of these publications, for which we are most grateful.”

“Not that we need a monument to the past, but searching the digital version is not the same as thumbing through it, picking up random thoughts of the time,” he said. “It was sort of an open forum for pros and cons, and some of the rebuttals got rather personal. There is a historical connection that you don’t get from the digital files.”

“A meeting of dentists, sufferers by the late fire, was called by Dr. G.H. Cushing at his office Wednesday, Dec. 20th, to advise as to the best means of disbursing the fund donated. Dr. W.W. Allport was called to the chair, and Dr. E.D. Swain was appointed Secretary. A list of those burned out was furnished at the meeting by Mr. S.R. Bingham, numbering 67; 16 of those present, however, stated that they were not needy, and made no claim to any portion of the fund. A general desire was expressed that it should be divided among those actually suffering.”

A committee of three dentists was appointed to investigate claims further and consult with Dr. Cushing on the distribution of relief funds provided by colleagues in Philadelphia.

“The Dental Cosmos had an important role in our dental history, reporting on education, new thoughts and research. And it’s a good base on which to build our future community,” Dr. McDaniel said. “It should be available today for people to flip through.” 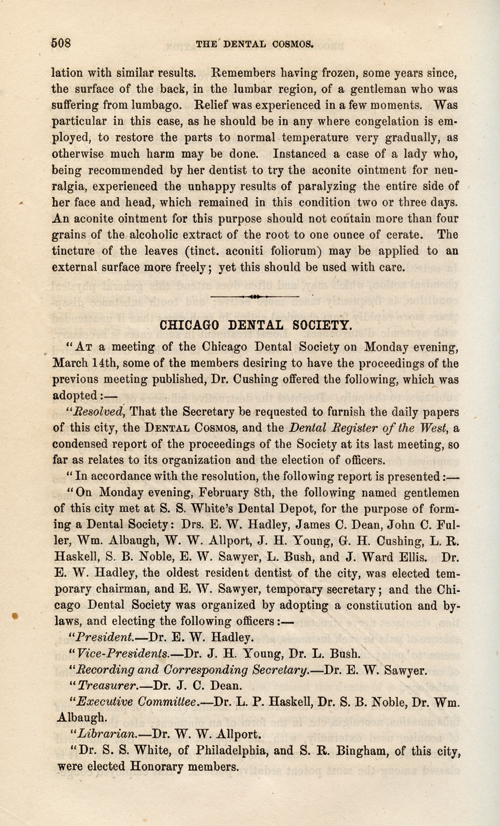 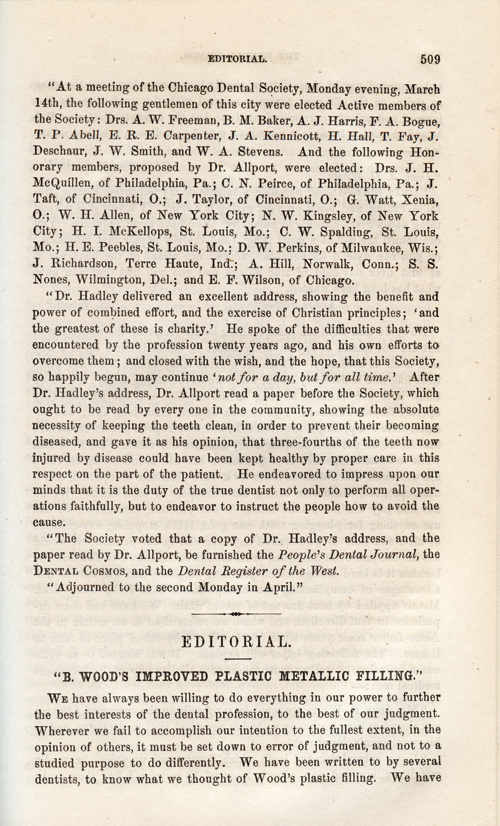 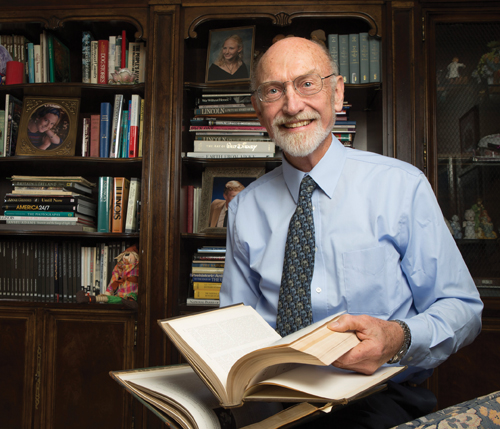