As a child, Kelly Skerrett loved creating art. But as a young adult, she saw her creativeness evolve when she began to paint.

“I use a lot of colors and textures, and I usually just paint and see what happens with whatever comes to mind,” said Dr. Skerrett, a 2008 graduate of the University of Buffalo School of Dental Medicine who practices in Chicago. 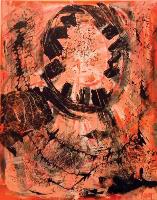 “I like to allow the people who view the paintings to see whatever they want. I want the person to use the painting as a way for them to see something I don’t see or to lose themselves in it and connect with it.”

Dr. Skerrett originally wanted to be an art major, but she also had an interest in medicine. She decided on dental school, and now finds painting is a great release after a long day of practicing dentistry.

“Art is still my first love. I use art as an outlet to relieve stress and to be creative overall,” said Dr. Skerrett.

Dr. Skerrett paints on canvas using various media, including acrylics, spray paint and different types of oil markers. Sometimes she doesn’t even use paintbrushes; she’ll use other objects, including her fingers, wood and sponges, to create texture. 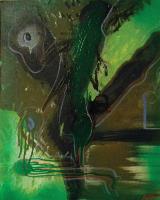 While some artists paint landscapes, portraits or still lifes, Dr. Skerrett likes to paint abstracts. Some of her greatest influences are local artists and the late Jean-Michel Basquiat, the Neo-expressionist painter from New York.

This spring, Dr. Skerrett jumped on an opportunity to showcase her work for the first time at a friend’s bar, Parlour on Clark. The venue allows local artists to display their work in its gallery space. To celebrate, Parlour hosted a gallery opening for Dr. Skerrett with a champagne reception.

“I was really excited, but shy about it. I’m usually very private about my work, but I thought it was a step forward for me to show people what I can do,” she said.

Dr. Skerrett hopes to present another show in the future. In the meantime, she is working on new paintings while she continues to practice dentistry.

“I think that painting has actually helped me become a better dentist because of the dexterity and creativity,” said Dr. Skerrett. “For me, personally, it has helped me look at things more artistically in someone’s mouth rather than always scientifically.

“I’m going to keep going with (painting) and see where it takes me. Even if it doesn’t go anywhere, I just have fun with it.” 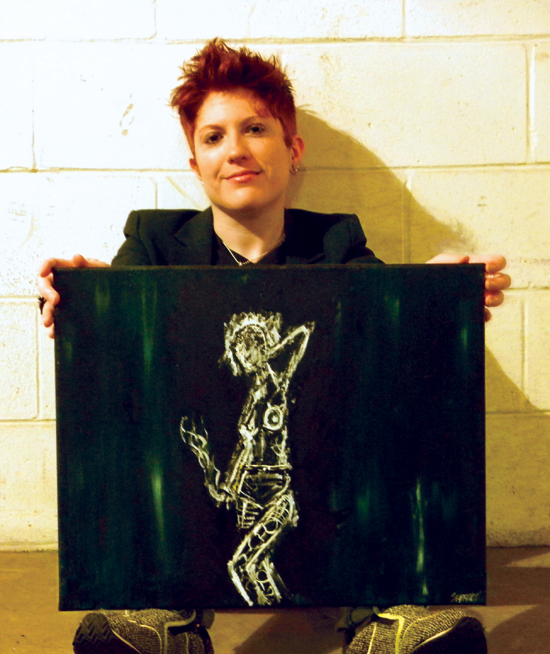