Dr. Schaaf honored for his commitment to philanthropy

Ed Schaaf has been known for many things during his 52-year career; his tireless devotion to the patients at the Free People Clinic at St. Basil’s Church and his preference for biking Chicago’s roadways 365 days a year are but two.

“The CDS Foundation’s Communications Committee had a difficult task picking a recipient for the Vision Award, as we were presented with many qualified nominees. This award is truly a testament of commitment, service and dedication; no one better exemplifies these honorable characteristics than Dr. Schaaf,” said Communications Committee chair Jamie Robinson.

“No honor could ever tell the whole story of this selfless man, but this award speaks for the thousands of patients Dr. Schaaf has treated over the years who, I am sure, would like once more to say thank you.”

Vision Award recipients are chosen for their extraordinary commitment:

-Contributions that significantly and consistently impact the advancement and/or recognition of the vision of the CDS Foundation and the dental profession through volunteer service;

-A demonstrated ability and willingness to serve as a mentor;

-Evidence of philanthropy, including time, expertise, and/or financial resources donated to improve access to care and dental education.

For many years Dr. Schaaf was the face of dentistry at the now-shuttered Free People’s Clinic, where free care was provided for all who sought it. In addition to the clinical work, Dr. Schaaf recruited volunteers and collected extra supplies from most any vendor he met.

He brought the same energy to his position on the CDS Access to Care Committee and his participation in the Kenwood/Hyde Park Branch.

“I’ve always believed that as a member of the more privileged class we have a responsibility to give back,” Dr. Schaaf told the Chicago Tribune in 2010. “As a lapsed Roman Catholic, I can say there was also a religious motivation.”

He explained that for every patient who came to the Free People’s Clinic for primary care, 10 more sought dental care; they brought toothaches, infections and missing teeth to Dr. Schaaf for relief. Once in the chair, they also enjoyed his good humor and gentle reassurance.

“Often you didn’t know where to start first,” he told the Tribune. “But once they got their teeth you’d be surprised to see how they beamed with pride.” 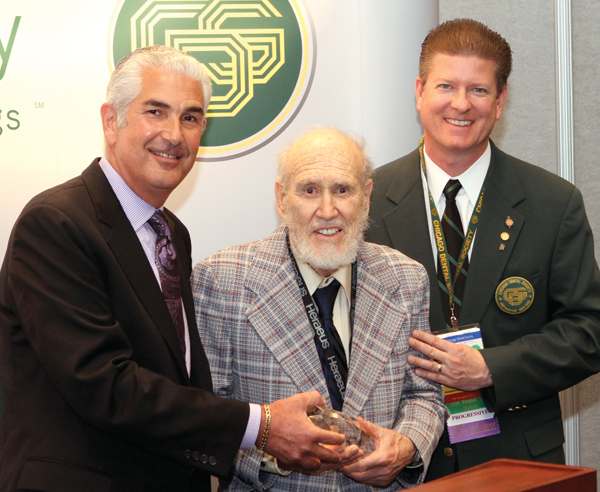