Since his grammar school days, Bob Kimbrough has referred to an old poem, “Somebody’s Mother” by Mary Dow Brine, that encapsulated his philosophy on paying it forward. Dr. Kimbrough, a 1951 graduate of the University of Illinois at Chicago College of Dentistry and now a retired dentist, has had many teachers throughout his life who have helped him become who he is; by paying it forward he aims to return those favors to someone else.

“She’s somebody’s Mother, boys, you know,
For all she’s aged, and poor, and slow
And some one, some time, may lend a hand,
To help my mother – you understand?
If ever she’s poor, and old, and grey,
And her own dear boy so far away.”

Reflecting on the poem, Dr. Kimbrough said, “I think of the plight of that old lady and the sensitive young lad who saw a need, paused and did a noble deed that made a difference. Such a simple act can impact lives in a most positive and profound way.”

Now in Leesburg, FL, Dr. Kimbrough, a past CDS interim executive director and past CDS president 1984-85, found his chance to help through his church. For more than two years the dental clinic at the Community Medical Center sat vacant. Once a bustling dental clinic run by a committed dentist who had suddenly developed health problems, Dr. Kimbrough was intent on helping it get started again.

“We call this a medical mission without leaving home,” he said.

Dr. Kimbrough called a meeting at the church in March to gather people who were interested in volunteering at the dental office.

So far he has been successful in recruiting volunteers. Right now there are three dental hygienists and six dentists. They haven’t reached their goal yet of being open every day from 8 a.m. to 5 p.m., but they are well on their way. Dr. Kimbrough has even found an oral surgeon who will see patients in his private office if the clinic staff runs into a real oral surgery problem.

Before the dental clinic could open with volunteers, the dentists needed to make sure they had met the licensure requirements for the state of Florida. Thirty CE credit hours were needed, along with a CPR class, proof of graduation from dental school, at least 10 years in practice, and classes on HIV/AIDS and domestic violence.

Patients who visit the free, not-for-profit clinic must show proof of income at or below 150 percent of the federal poverty level. They also must be over the age of 18. When the dental clinic reopened in September, many patients came in with several problems.

One of the first patients the clinic saw had multiple abcesses, diabetes and kidney disease. Some patients they see have infections in their mouths. Luckily though, there is a basic antibiotic these patients can take – and even more fortunate is that their prescriptions will be honored by a local pharmacy for free.

After the dental clinic’s opening, Dr. Kimbrough reported back to his church. “I mentioned this person and that we made a difference in his life. We were the wind beneath his wings. His wings were too weak to let him fly and we propped him up. There will be others like him,” Dr. Kimbrough said.

The clinic has seen an influx in calls in the recent months from people seeking help. Unfortunately the clinic is overflowing and not taking any new patients at the present time. The patients who have been receiving medical treatment at the clinic are received first.

Dr. Kimbrough realizes that there is not a solution to all the problems he sees. There are more people who need care than people who can provide it for free. His best advice for paying it forward is that it doesn’t have to be dentistry, just help someone who needs it.

“It’s not about me. It’s about responding to the needs of other people. We can help someone who has a missing tooth or is afraid to smile. We try to make a difference in someone’s life.” 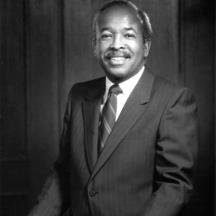