In the beginning of his career, Michael Sullivan took Fridays off so he could spend more time with his children. He wanted to see them during school and sporting events. Then Friday became more of a catch-up day at the Elmhurst office, and as the children grew older spending every other Friday in the office became normal.

Thus, Freebie Fridays became the two days each month when Dr. Sullivan, a 1984 graduate of the Loyola University School of Dentistry, provided free dental care to patients who could not otherwise afford it.

“There are so many people in the community that don’t have dental insurance,” Dr. Sullivan said.

During Freebie Fridays, Dr. Sullivan offers nearly all the dental services that are needed. Many patients come for just a cleaning or a filling, but he will also do extractions, root canals and crowns, and fix dentures.
Michael Sullivan“I even got letters from two different labs to do pro bono work,” he added.

It seems that everybody is coming together to help those in need. Other than people passing on his name by word of mouth, there are also two organizations that Dr. Sullivan works with. The DuPage County Health Department prescreens people in need of dental work. Dr. Sullivan’s name is on a list with other dentists in DuPage, and the department sends patients to randomly selected dentists on the list.

“We’re supposed to charge [the patients]. We don’t charge them anything,” Dr. Sullivan says.

Donated Dental Services (DDS), another organization Dr. Sullivan works with, is strictly pro bono. People who come to the dentists are prescreened. According to its Web site, DDS works with “disabled, elderly or medically-compromised individuals who cannot afford necessary treatment or get public aid.” Nationwide, more than 13,000 dentists and 3,000 dental laboratories are a part of DDS.

At Dr. Sullivan’s office, “all walks of life” come through his doors every other Friday for dental work. Aside from the elderly and people who have lost their jobs or their benefits, he sees students from the local college. He tries to get to know everyone on a personal level and see what their situation is.

“I give people the benefit of the doubt. I’d rather give more than I receive,” he commented.

In his 10-12 years of offering these services, he has never denied anyone.

“I don’t want to deny anyone because it’s every other Friday.  I may have to cancel a Friday, but I try not to.”

Since he gives his Friday services to people for free, he sometimes receives heartfelt gifts in return. One woman even wrote him a poem that is now framed and hangs in the office. Even just a heartfelt thank you means a lot to Dr. Sullivan.

“It’s the best day of the week,” Dr. Sullivan mentions as he describes that the office is fully staffed that day. He usually orders a pizza for the staff lunch.

And in the end, Dr. Sullivan believes that he is truly blessed to be doing what he does.

“Giving back to others, it’s something we all need to do.” 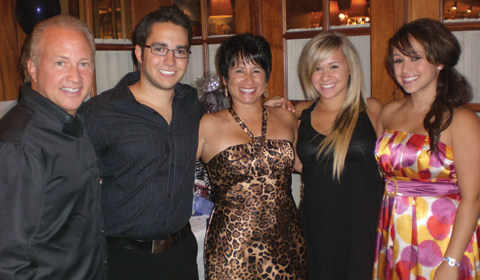