The minimum exhibit space is 10’ x 10’ and comes in multiples thereof. The back 5’ of the basic exhibit may be occupied up to a height of 8’. The front 5’ of the rent space may be occupied from the floor up to a height of 4’. Equipment may exceed the 4’ height limit but may not be higher than 8’ and must be placed so as not to block the view or impede the sight lines of adjacent exhibits. Live or video demonstrations must be confined to the back 5’ of the rented space. CDS shall, at its expense, provide basic decoration such as side and back wall drape and a standard booth sign. 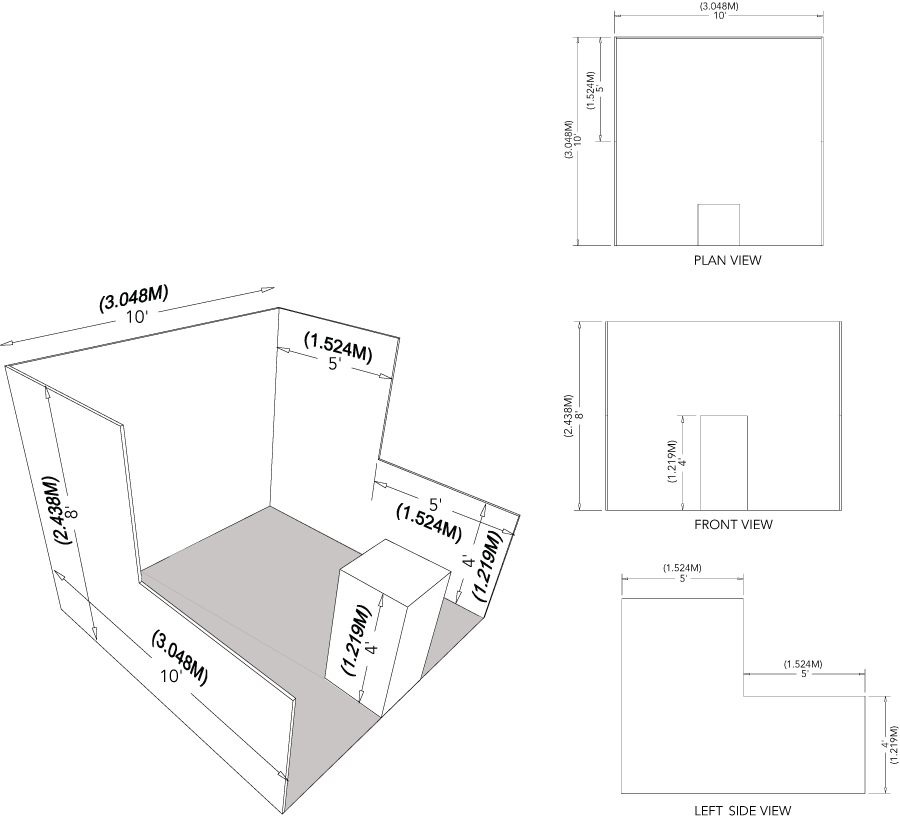 A Peninsula exhibit is a grouping of 10’ x 10’ booths with aisles on three sides. The minimum space for a Peninsula Booth is 20’ x 20’. End cap spaces (two corner booths at the end of an aisle) are not permitted and will not be sold. An exhibitor may not request two sets of end caps across an aisle from one another; instead, the four booths must be in a cube or square configuration. No part of the back wall of a peninsula booth may exceed a height of 8’ from the floor of the Exhibit Hall. Complete scale drawings of all Peninsula Booths must be submitted to CDS for review. The back wall MUST be centered on and not exceed in width one-half the dimension of one side of a side wall (i.e. center is at 10’ on a 20’ x 20’ Peninsula Booth). The remainder of the back wall must not exceed 48” in height. All portions on the rear of this back wall must be finished without any copy or graphic of any kind on it.

Peninsula exhibits must be designed to be accessible from all three aisles. A rendering of the proposed peninsula exhibit with detailed dimensions must be submitted to CDS with the application to exhibit.

If your exhibit cannot comply with this policy, please do not apply for a peninsula space. Any peninsula exhibit that violates this policy will be brought into compliance on site; no exceptions. This rule does not apply to exhibitors who rent an island space.

An island or freeform exhibit is an open area of exhibit space with aisles on all four sides. Island/Freeform exhibits may extend to all outer edges of the booth space, but the design of the booth must allow for see-through visibility and accessibility from all four sides.
A rendering with detailed dimensions of the proposed island exhibit must be submitted with the application to exhibit. Written approval from CDS is required if an exhibit is designed to have a solid wall taller than 4’ along the length and width of the booth space or if booth construction plans are of an unusual or nonstandard configuration.

Exhibitors who want to create an Island Booth smaller than those shown in the Exhibit Hall floor plan must purchase the extra booths needed to create the island footprint. This additional space then becomes the aisle. (For example, if an exhibitor wants a 20’ x 30’
[six booths] island, a 20’ x 40’ [eight booths] space must be rented). 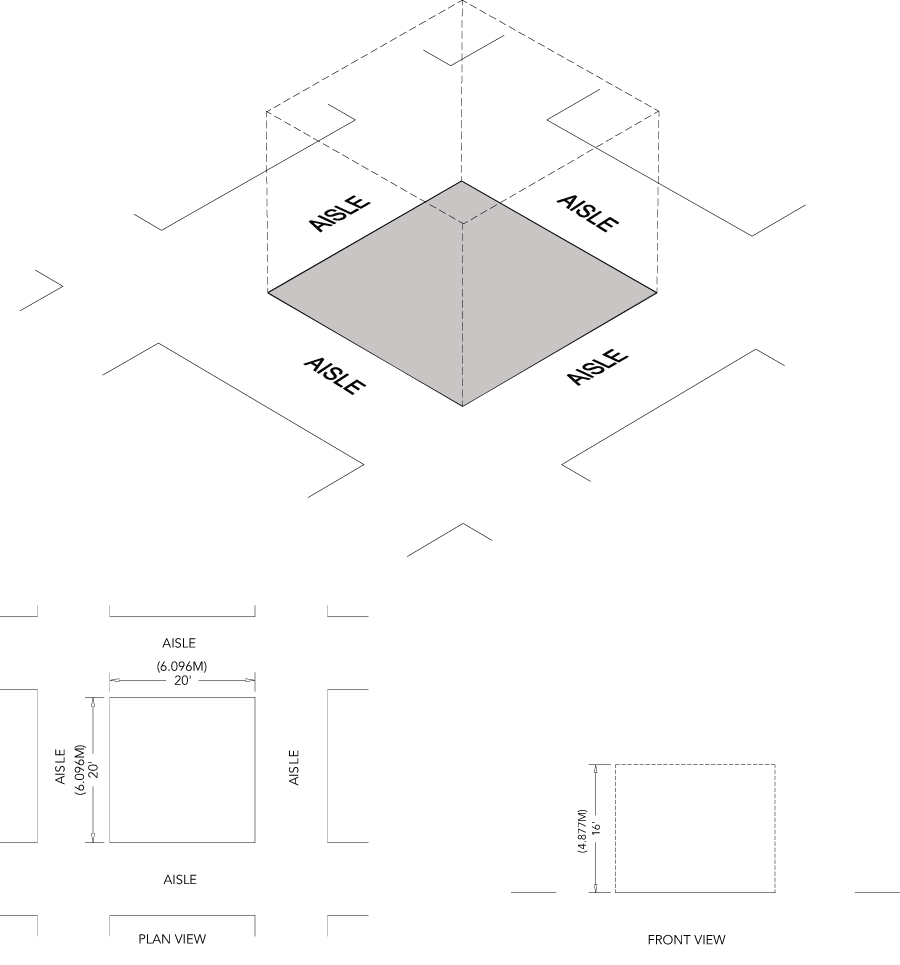